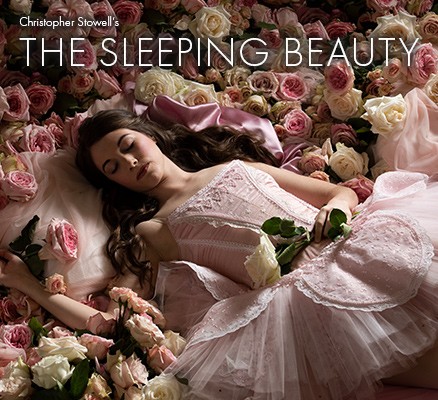 Choreographed by OBT’s former artistic director Christopher Stowell, after Marius Petipa’s original 1890 choreography, which debuted at the Mariinsky Theatre in St. Petersburg, Russia. Last seen in Portland in 2010, this enchanting, full-length work is one of the world’s most popular storied ballets.  — Set to Tchaikovsky’s opulent score, it features a cast of fantastical characters, spectacular sets, and legendary music. Now a new generation of stars and stars-in-the-making bring you a brilliant “happily ever after” with the grandest of dancing.

“The most beloved of the 19th-century ballets. No other dance classic has a score so endlessly fragrant and varied. No other work has so rich an idea of what ballet theater can be.” – The New York Times

All performances feature the OBT Orchestra.

OBT offers audio-described performances for patrons with blindness or low vision, or anyone interested in listening to a live narration of select performances.

Assistive Listening Devices (ALDs) will be available for patron use during the February 22 – at both the 2 p.m. and 7:30 p.m. performances of The Sleeping Beauty. Patrons wanting to experience the performance through verbal description of the action on stage, including choreography, story line, scenery and costumes, will be able to pick up a hand-held device on a first-come, first-served basis from the coat check area before the performance. Neck loops for use with hearing aids and cochlear implants with a “T” switch (telecoil) are also available. Please bring ID when checking out a hearing device. Supplies are limited.

ENJOY DINNER AT THE SHOW

The Keller Café will be serving dinner prior to the February 15, Feb. 21 and Feb. 22 evening performances of The Sleeping Beauty. Make your reservations today!

Dancing with the Stars Live!

Showbox presents Dancing with the Stars Live! at the Portland'5 Keller Auditorium on Tuesday, April 7,...

No late seating. No children under 3 years. All attendees regardless of age are required to have a ticket.

See our special menu for:
The Sleeping Beauty

Overlooking the dramatic Keller Fountain on the first balcony level of Keller Auditorium, the Keller Café is an elegant place to meet for dinner before your show. Open 90 minutes prior to all Oregon Ballet Theatre, Portland Opera and Broadway evening performances. The Keller Café does not open for matinees or dress rehearsals. Reservations are required.

The Keller Café is only open for evening performances.