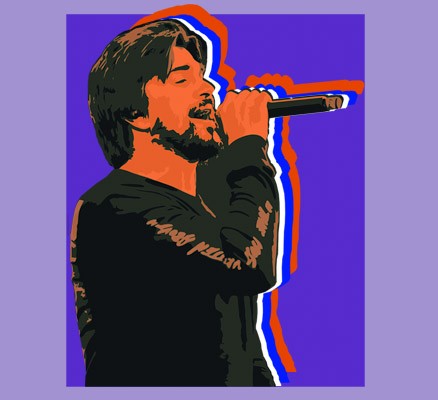 Tickets are also available at the Portland'5 Box Office, TicketsWest outlets, by phone 800.273.1530, and at the Keller Auditorium Box Office (opening at 6pm on Sept. 5th).
Service charges apply.

Hailing from Medellín, Juan Esteban Aristizábal originally learned to play guitar from his family. At 17 years of age he was one of the founders of the metal group Ekhymosis. After great success in Colombia, Juanes began his solo career in 2000 with the album Fíjate Bien, which received rave reviews and unveiled the sound that distinguishes him: a combination of his passion for rock and pop music, his excellent guitar skills combined with deeply introspective lyrics, and a proud reverence for the traditional and indigenous folkloric rhythms of Colombia and Latin America.

From his debut to Mis Planes Son Amarte, his most recent innovative visual album, Juanes has continuously perfected his artistic ability and has achieved eight multiplatinum albums with 20 million copies sold, 12 chart-topping singles, and multiple hit recordings. Along the way, Juanes has been a prominent pioneer of the growing popularity of contemporary music in Spanish, with his avant-garde performances in many of the world's most prestigious venues and television broadcasts. Notable presentations include the Latin GRAMMY’s®, the GRAMMY Awards®, the World Cup, the Nobel PeacePrize concert, The Kennedy Center Honors, Sesame Street, multiple performances on The Tonight Show, tributes to Frank Sinatra's career, John Lennon, Bruce Springsteen, The Eagles, Fleetwood Mac and others, and even an international broadcast for families personally requested by Pope Francis.