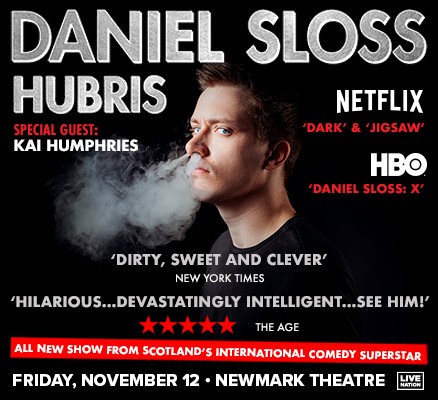 The Event Organizer is requiring all attendees of this event to have received a negative COVID-19 test within 72-hours prior to entering the venue OR be fully vaccinated against COVID-19. In attending the event, you certify and attest that you and all individuals in your party attending the event will abide by the following regulations:

All fans will provide printed proof of a negative COVID-19 test within 72-hours prior to entering the venue, OR will be fully vaccinated against COVID-19 (at least two weeks after final dose) at the time of the event and provide proof of vaccination - either the original vaccination card or a printed copy of the vaccination card. Unvaccinated fans under 12 years of age (show is recommended for 16 and over), or fans with a valid medical note preventing vaccination, will be required to take a COVID-19 diagnostic test within 72-hours before the event and will provide proof of negative result prior to entering the venue. These regulations will apply to all members of your party before they are allowed entry to the event and to any users of the tickets purchased by you. In accordance with state and local requirements, masks must be worn while in the Portland’5 buildings and theatres.

Internationally acclaimed and award-winning Scottish comedian, Daniel Sloss, began writing and performing stand-up in 2007, at the age of 17, and now tours non-stop throughout North America, the U.K., Ireland, Australasia, Asia and 30 European countries. Presenting a new live show at the Edinburgh Fringe Festival each year for eleven years, Daniel ran his tenth live solo hour, Daniel Sloss: X, at the 2018 Festival. One of the biggest draws at the Edinburgh Fringe, Daniel has sold in excess of 10,000 tickets each year at the Fringe for the past 8 years running. For the 2019 Edinburgh Fringe, Daniel ran Daniel Sloss: X in three encore performances at the U.K.’s largest theater, the 3,500-seat Edinburgh Playhouse.

On October 12, 2021, Daniel will release his first book, Everyone You Hate Is Going To Die: And Other Comforting Thoughts On Family, Friends, Sex, Love, And More Things That Ruin Your Life. The book is a transgressive and hilarious deep dive in to Daniel’s favorite subject: relationships.

On November 2, 2019, Daniel Sloss: X premiered on HBO in the U.S. and Canada. In February 2020, X made history in the U.K. as the first comedy special to make it’s U.K. debut on the big screen. In March of 2020, X also premiered in Australia on the big screen. The special received rave reviews including The Atlantic proclaiming the show, “A stunning experiment in controlled transgression,” and The New Yorker heralding the show as “A raw and enthralling crescendo of confessions.” The show was recorded on April 27, 2019, at The Enmore Theatre in Sydney, Australia. Daniel toured Daniel Sloss: X to theaters in 28 cities across North America after running the show off-Broadway in NYC in February 2019 selling more than 5,000 tickets performing 30 shows in 19 days. By the end of the tour in December 2019, Daniel performed the show over 300 times in 40 countries throughout Europe, Asia, Australasia and North America.

In the U.S., Daniel made ten appearances on Conan O’Brien’s CONAN, and he was seen on The Late Late Show with Craig Ferguson, Drunk History, Roast Battle, @Midnight, and The Pete Holmes Show. In the U.K., Daniel starred in his own BBC TV show, The Adventures Of Daniel (aged 19), and made numerous television appearances including The Graham Norton Show, Sunday Night at the Palladium, The John Bishop Show, Michael McIntyre’s Comedy Roadshow, 8 Out of 10 Cats, The Rob Brydon Show, Comic Relief’s Mock The Week, The Paul O’Grady Show (Daniel’s TV debut aged 18), BBC’s Stand Up For Sport Relief, Set List, and Russell Howard’s Good News.

Recommended for ages 16+. Reserved seating. Everyone age 1 & over must have a ticket. No refunds, no exchanges. 8 ticket limit per household.