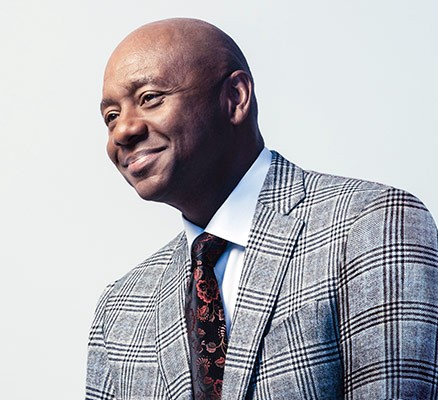 After four decades in the international spotlight, the achievements of saxophonist Branford Marsalis continue to grow. From his initial recognition as a young jazz lion, he has expanded his vision as an instrumentalist, composer, bandleader and educator, crossing stylistic boundaries while maintaining an unwavering creative integrity. In the process, he has become an avatar of contemporary artistic excellence.

The Branford Marsalis Quartet, first formed in 1986, remains Branford’s primary means of expression. In its virtually uninterrupted three-plus decades of existence, the Quartet has established a rare breadth of stylistic range and a continuity of personnel. The Secret Between the Shadow and the Soul, recorded in Melbourne, Australia in the midst of an international tour in the Spring of 2018, contains the mix of challenging original and classic compositions, and the range of moods from the tender to the explosive, that has defined the group. With its focus on melodic strength and extrasensory interaction, the album confirms that the Branford Marsalis Quartet remains a paragon of uncompromising jazz excellence.

While the Quartet thrives, Branford continues to expand his status as a musical collaborator that dates back to his early experiences as a sideman with Clark Terry, Art Blakey and his brother Wynton Marsalis and extends through encounters with Dizzy Gillespie, Miles Davis, Sonny Rollins, Herbie Hancock and Harry Connick, Jr.

Portland'5 presents We Shall Overcome, featuring Damien Sneed, at the Newmark Theatre on Monday, February...

Beatles vs. Stones - A Musical Showdown