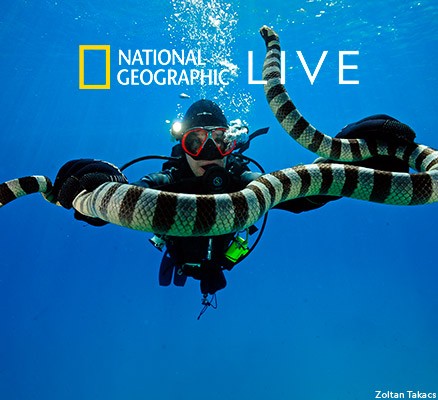 The Earth’s deadliest animal venoms are a source of a number of lifesaving medicines used to treat everything from heart attacks to diabetes. Yet there are millions of venom toxins in nature that remain unexplored. Biomedical scientist and inventor Zoltan Takacs collects snake, scorpion, jellyfish, and other venoms from around the world. Back in the lab, using cutting-edge genomics, he creates combinatorial venom libraries to identify leads for novel medicines.

Driven by his childhood passion, he’s traveled to 155 countries and become an aircraft pilot, scuba diver, and real-life survivor, roughing it in a hammock deep in the Amazon or in remote Pacific islands. In his mission, he survived charging elephants, pirated waters, and a series of snake bites and venom spit in his face (all his faults he admits). Now he’s allergic to both snake venom and antivenom.

What makes venoms so valuable to medicine is their molecular design. Venoms have evolved to precision-target and annihilate vital life functions—meaning that the blueprint of venoms could be harnessed to design novel medicines to heal those very same life functions, from cardiovascular diseases to cancer and beyond.

Series subscriptions available through September 27, 2022—or while supplies last.

Purchase A Series Subscription or Tickets 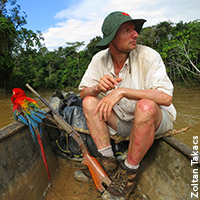 Scientist-adventurer Dr. Zoltan Takacs has been researching, publishing, and  lecturing about the world of venomous snakes for most of his life. After studying at the Albert Szent-Gyorgyi School of Medicine, Semmelweis Medical School and University of California (UCLA), he obtained his Ph.D. on evolutionary studies on cobra venom from Columbia University. Later he carried out various research projects on snake venom pharmacology and evolutionary genetics at Rockefeller University, Columbia University, and Yale University. At Columbia, he established and co-taught the school's first Herpetology course. Dr. Takacs combines field and lab work to study the neurotoxins of some of the world's most deadly snakes. He is a co-inventor of the proprietary Designer Toxin technology, a novel technique to generate millions of toxin variants and select the ones (drug leads) that specifically bind to a target that determine the outcome of a disease. Current drug lead development focus on the treatment of autoimmune diseases such as multiple sclerosis, rheumatoid arthritis, and diabetes.

Academic assignment and personal interest have taken Dr. Takacs to 158 countries. His work involves extracting venom and DNA samples from venomous animals in the most remote and inhospitable jungles, coral reefs, and deserts on the Earth. Access to these snake habitats is aided by his expertise as an aircraft pilot and scuba diver, as well as his ability to live out from a backpack for weeks. Dr. Takacs is an accomplished wildlife photographer, which has earned him credits in several international magazines and books. Some noteworthy adventures during past expeditions include a jailing in the Balkans while working with vipers in military zones, a rescue by helicopter from civil war in Laos while searching for King cobras, and an escort by armed military guard as protection against pirates in the southern Philippines while diving for sea snakes. His research has been featured in the National Geographic magazine, on the National Geographic Channel, PBS/NOVA, BBC, and CNN. Dr. Takacs is based in New York City.

Jim Brickman presents his "A Very Merry Christmas" concert with Mat and Savanna Shaw at the Portland'5...

How Great Our Joy: A Christmas Celebration!

Portland Choir & Orchestra presents How Great Our Joy: A Christmas Celebration concert at the Newmark...

The Portland Gay Men’s Chorus presents their annual holiday concert at the Newmark Theatre, Light the...