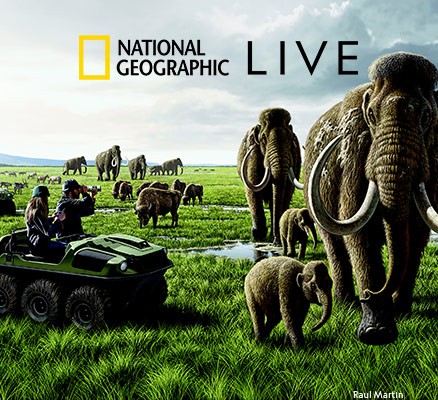 Presented by Portland'5
National Geographic Live: How to Clone a Mammoth

National Geographic Live: How to Clone a Mammoth

Could extinct species, like mammoths and passenger pigeons, be brought back to life? National Geographic Emerging Explorer Beth Shapiro is one of the scientists investigating this intriguing possibility. From deciding which species should be restored to anticipating how revived populations might be overseen in the wild, the technical challenges and ethical considerations of de-extinction are substantial. Join Shapiro for a vivid exploration into the extraordinary cutting-edge—and controversial—science that is being used today to resurrect the past. 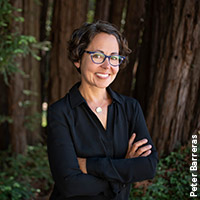 Dr. Beth Shapiro is a pioneer and global leader in the high-profile field of ancient DNA and a clear voice in the debate over the future of genetic engineering. A Rhodes Scholar, Macarthur “genius,” and National Geographic Explorer, Shapiro is Professor of Ecology and Evolutionary Biology at UC Santa Cruz, Director of the UCSC Paleogenomics Lab, and a Howard Hughes Medical Institute Investigator.

Shapiro travels extensively through the Arctic regions of Siberia and North America, where she collects the bones, teeth, and other remains of ice age giants, including mammoths, saber-toothed cats, and giant camels. She extracts DNA from these remains and uses this information to understand how changing climates and increasing human activity have shaped the present-day distribution of species. Her goal is to use this information from the past and, increasingly, genomic tools developed in the present, to save living species from the same fate as so many ice age animals.

Shapiro’s research has been published in many top scientific journals, including Science and Nature, and she has written for Popular Science, the Times Higher Education, and The Observer. Shapiro’s dynamic and fluid style and ability to present complex scientific ideas in an easy-to-digest manner have made her a highly sought-after to speaker for public and scientific audiences. A regular on BBC, National Geographic, Discovery, and others, Shapiro is one of the most prominent popularizers of science in her generation.

Shapiro’s first book, How to Clone a Mammoth: The Science of De-Extinction, published by Princeton University Press in 2015, explores the technical, ethical, and ecological challenges to bringing extinct species back to life. How to Clone a Mammoth won the 2016 AAAS/Subaru SB&F Prize for Excellence in Science Books, the 2016 PROSE Award in Popular Science & Popular Mathematics, and the 2016 Independent Publisher Book Awards Gold Medal in Science. It was shortlisted for the 2016 Phi Beta Kappa Award in Science and the 2016 LA Times Book Prize in Science & Technology. Her second book, Wild(ish) Life: Our Long History of Messing with Nature, will be published by Basic Books in 2020.