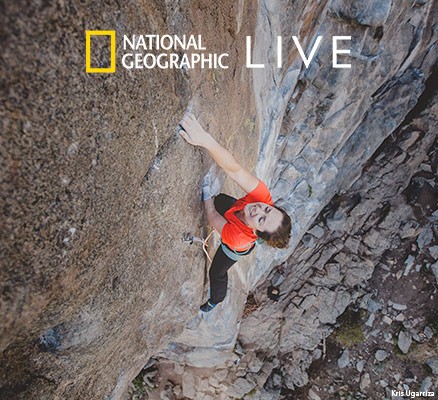 Maureen Beck loves to prove people wrong. Born with one hand, she tried rock climbing for the first time after a camp counselor told her she could skip it. Her love of the sport was instantaneous, but there was no guide for climbing with one hand. Unfazed, she decided to figure it out for herself through trial and error—one of her early adaptive climbing innovations even involved taping a metal ladle to her arm. Before long she was leading a crew of passionate adaptive climbers around the world, forging a path for a new generation.

After tackling some of the hardest climbs by a one-handed athlete and securing two world paraclimbing championships, Beck yearned to push still further outside of her comfort zone. So when legendary adaptive climber Jim Ewing asked her to join his attempt to make the first adaptive ascent of one of North America’s classic, most wild towers—the Lotus Flower Tower in Canada’s Cirque of the Unclimbables—she didn’t hesitate. On their month-long expedition they dealt with rough weather, sudden illness, and a food shortage, yet Beck found herself growing addicted again to the thrills and challenges of the sport.

With her trademark humor and wit, this 2019 National Geographic Adventurer of the Year will share how a little creativity and a whole lot of grit and determination have propelled her to the top of her field.

This talk is part of the National Geographic Live 2021/22 Portland Speaker Series. 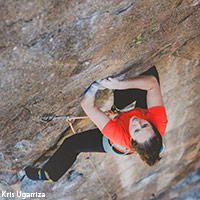 Maureen (“Mo”) Beck was lucky to grow up in the Maine woods scrambling and playing in the dirt. She roped up for the first time at age 12 and hasn’t stopped since. Cragging her way through New England, she developed her potential as a one-handed climber.

Prior to the advent of social media and the Internet, Beck believed that she was the only differently abled person in the world who climbed. She and her friends invented techniques using a trial-and-error process, slowly (and sometimes painfully) learning out how to climb one-handed. Just because Beck went to the school of hard knocks—and just because she thought she was the only one-handed climber—doesn't mean others have to have the same experience. She loves introducing differently abled people to climbing.

"If I can connect with someone that might not be aware of what they’re capable of and push them towards trying something new, maybe even a little outside of their comfort zone, then putting myself out there in the world as a resource and a motivator is entirely worth it. One arm? One leg? Blind? In a wheelchair? Bring it on.”

Now based in the Colorado Front Range, Beck spends her nights training at Evo Rock and Fitness Louisville and her weekends climbing all over the American southwest. She works closely with the adaptive climbing community through Paradox Sports and the Paraclimbing section of USA Climbing and helps manage the Front Range Adaptive Climbing Team. As a competitive climber, she has won five national titles, a gold medal at the 2014 Paraclimbing World Championships in Spain, and defended that title with a gold medal at the 2016 World Championships in Paris. In 2017, Beck became the chair of the USAC Paraclimbing Committee.

In addition to climbing, Beck loves gardening, her dogs, sleeping in cars, and fine Scotch whiskey.