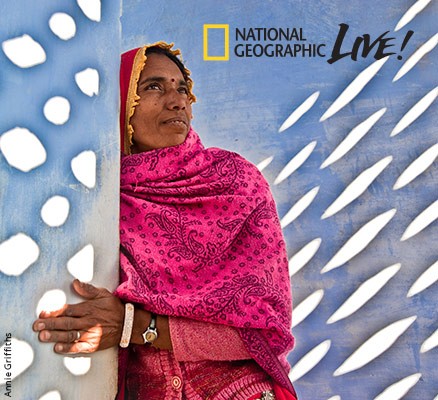 One of National Geographic’s most celebrated female photographers shares images and stories from the globetrotting career that has taken her from Bedouin campfires to Argentinian horse whisperers.

In the English countryside, celebrated photographer Annie Griffiths produced a witty story on the Calder Valley Mouse Club showing the art of staging a beauty pageant for rodents. In Namibia, she spent time with a tribe surviving in the Kalahari Desert despite seven years of drought. But after a career covering all of the weird and wonderful facets of humanity in more than 100 countries, she has turned her creative energies toward supporting programs that empower women and children in the developing world. 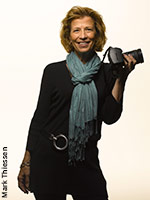 In addition to her magazine work, Griffiths is deeply committed to photographing for aid organizations around the world. She is the Founder and Executive Director of Ripple Effect Images, a collective of photographers who document the programs that are empowering women and girls in the developing world, especially as they deal with the devastating effects of climate change. In less than five years, Ripple’s work has helped 24 non-profits raise over a million dollars.

Griffiths’ work has also appeared in LIFE, Geo, Smithsonian, Fortune, Stern, and many other publications. Along with author Barbara Kingsolver, she produced Last Stand: America’s Virgin Lands, a book celebrating the last pristine wilderness in North America. Proceeds from the book raised more than a quarter of a million dollars for grassroots land conservation. Griffiths is an accomplished speaker and a regular guest on NPR, The Today Show, and other media outlets.

In 2008, Griffiths published A Camera, Two Kids and a Camel, a photo memoir about balance, and the joy of creating a meaningful life.  In 2010, Annie authored the book, Simply Beautiful Photographs, which was named the top photo/art book of the year by both Amazon and Barnes and Noble. Annie is currently at work on two new books.

Portland Opera presents The Central Park Five, winner of the Pulitzer Prize for Music in 2020, at...