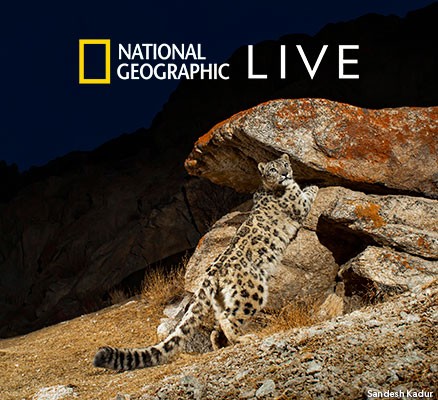 With landscapes spanning the towering Himalaya, arid plains, and dense jungles, India is home to an unmatched diversity of wild cats. While many of the big cats are well known and thoroughly documented, photographer and filmmaker Sandesh Kadur is on a mission to highlight the country’s lesser known felines in order to protect their future. Discover the tiny, grumpy-faced Pallas’s cat, the fishing cat that jumps into water to catch its prey, and the ancient, elusive clouded leopard. Through Kadur’s captivating images and video, you’ll get an up-close look at a world of wild cats you’ve never seen before.

Series subscriptions available through September 27, 2022—or while supplies last.

Purchase A Series Subscription or Tickets 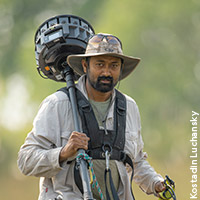 BAFTA Award-winning filmmaker and National Geographic Fellow Sandesh Kadur creates documentary films that have aired worldwide on prominent networks such as National Geographic, the BBC, Netflix, Discovery Channel, and Animal Planet. He is a Senior Fellow of the International League of Conservation Photographers. Through the use of images both still and moving, Kadur hopes to harness the power of nature education as a catalyst for long-term change. His goal is to inspire his audience to protect and appreciate what remains of our wilderness. He is also the Founder/Director of Felis Creations - a media and visual arts company based in Bangalore that focuses on creating content that inspires conservation.

Kadur’s work spans from the elusive snow leopard in the Himalaya to the Okavango Delta in Botswana and the endangered Kemp’s Ridley turtles in Mexico. He is the producer of a three-part docuseries for National Geographic titled “Wild Cats of India” and “India’s Wild Leopards.” He is also the co-author of two books: Sahyadris: India’s Western Ghats—A Vanishing Heritage (2005) and Himalaya—Mountains of Life (2013). His first documentary, Sahyadris: Mountains of the Monsoon (2002), which was accompanied by his first book, earned critical acclaim while drawing attention to one of the world’s top biodiversity hotspots and helped convince UNESCO to name the Western Ghats a World Heritage Site in 2012.

Kadur’s work has won a slew of prestigious international awards, including a 2017 EMMY nomination and the 2017 BAFTA Award for his work on BBC’s Planet Earth II. In 2013, he received the Nature’s Best Windland Smith Rice Award and the North American Nature Photographers (NANPA) Vision Award in recognition of early career excellence and continuation of vision and inspiration to others in nature photography, conservation, and education. He has also won the International Conservation Photographer Award (2012), CIWEM Environmental Photographer of the Year (2008), Gold REMI Award for Creative Excellence (2008), multiple International Wildlife Film Festival Merit awards, and was nominated twice for a Green Oscar at the Wildscreen Film Festival, among many other awards and nominations.

Kadur hopes that his photographs and documentaries will reveal places and species people rarely see and will inspire new passion to protect them.