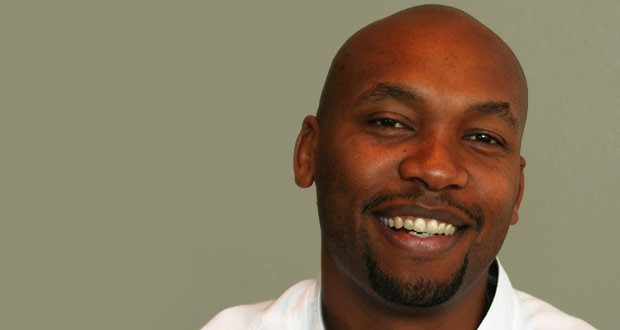 Pacificwild catering is proud to announce that chef Allan Wambaa has received one of the highest honors a professional in the culinary world can attain – ProChef III certification from the Culinary Institute of America.

Wambaa is the executive chef for three of Metro’s visitor venues – the Oregon Convention Center, Portland’5 Centers for the Arts and Portland Expo Center – serviced by pacificwild, a premier catering division of Aramark and the exclusive premium food and beverage brand for the venues.

“Chef Allan brings world class acumen and taste to what he does, but he also knows how to deliver a very local, Portland product,” says Scott Cruickshank, executive director of the Oregon Convention Center. “Convention center meals are often thought of as institutional type food. But not here. We are fortunate to have Chef Allan as part of our team and are very proud of his recent accomplishment.”

“Allan has shown that fine dining can be synonymous with venue food service,” says Robyn Williams, executive director of Portland’5 Centers for the Arts. “Our food is as classy as our patrons.”

“We are very proud of Chef Allan’s achievement,” says Matthew Rotchford, director of the Portland Expo Center. “His effort and care with both his staff and our team have brought Expo’s culinary standards to new heights.”

There are 100 ProChef III certified chefs nationally. Certification is not a rubber stamp. The Culinary Institute of America is one of the most respected culinary institutions in the world and certification for ProChef III is an exhaustive process, requiring from six months to a year of preparation.

“It’s something I wanted to do,” says Wambaa, who wants to achieve the highest certification possible –Master Chef status from the American Culinary Federation. “ProChef III is a demanding curriculum, a kind of a ‘culinary PhD’ and a litmus test for becoming a master chef, which will be my ultimate goal to crown my career.”

“We’re extremely proud of Chef Wambaa for achieving ProChef III certification,” said Ed Strong, general manager of pacificwild catering at Oregon Convention Center. “Chef Wambaa’s culinary innovation and talent is unmatched and this honor recognizes his ongoing commitment to culinary excellence within the company and for his guests.”

As chef of the visitor venues overseen by Metro, Wambaa is responsible for the strategic direction of all catering services and lead menu planning for venue-specific and event-related meals. He also manages the team of food and beverage staff responsible for the in-house dining establishments in each of the venues – the ArtBar & Bistro at the Portland’5’s Antoinette Hatfield Hall; Keller Auditorium’s Keller Café; the Portland Expo Center’s West Delta Bar & Grill; and Stir cocktail lounge in the Oregon Convention Center.

“I want to bring this new wisdom to my crew now,” says Wambaa. “To make them even better than they are right now. They’re the best, but I want us all to be better.”

In addition to Chef Wambaa earning his ProChef III certification, pacificwild Chef de cuisine for the Portland'5 venues (ArtBar & Bistro and event catering), Shannon Wisner, earned her ProChef I certification from the world renowned Culinary Institute of America in January 2014.

The ProChef certification is the only competency-based certification for professional chefs. The rigorous four-day test assesses a chef’s proficiency in food science, Mediterranean cuisine, baking and pastry, garde manger, culinary financials, management and supervisory skills, and the financial aspects of a food operation. According to the Culinary Institute of America, roughly 500 chefs from around the world have achieved this certification. Achieving certification is a milestone for these chefs and is considered a stamp of recognition in the culinary industry.

About the Oregon Convention Center

The Oregon Convention Center is the largest convention center in the U.S. Pacific Northwest and is a leader in sustainable operations and business practices. It was designated LEED-EB (Leadership in Energy and Environmental Design – Existing Building) in 2004, recertified LEED-EB Silver in 2008 and LEED-EB Platinum in 2014. Totaling one million square feet of space, it hosts an average of 650 events and over 700,000 visitors annually.

About the Portland Expo Center

About Portland’5 Centers for the Arts

Portland’5 Centers for the Arts is a leader in expert venue management, overseeing the Arlene Schnitzer Concert Hall, Keller Auditorium and Antoinette Hatfield Hall, which includes the Brunish, Newmark and Winningstad Theatres. Home to arts organizations such as Oregon Ballet Theatre, Oregon Symphony Orchestra and Portland Opera, it is the 5th largest performing arts center in the U.S. and generates an average of $60 million in regional spending through its operations.

Metro’s visitor venues are managed through the Metropolitan Exposition and Recreation Commission (MERC).

Metro, the regional government, crosses city limits and county lines to build a resilient economy, keep nature close by and respond to a changing climate. Representing a diverse population of 1.5 million people in 25 cities and three counties, Metro’s directly elected council gives voters a voice in decision about how the region grows and communities prosper.