An Oregon icon is set for a major tune-up as Metro renovates the famous "Portland" sign on Broadway Avenue at the Arlene Schnitzer Concert Hall.

Work on the sign, which is 33 years old, is scheduled to begin on May 2, subject to permitting and weather. When the "Portland" sign goes back up, it will have a fresh coat of paint and brighter neon letters – but will otherwise look just like the sign hanging today.

The sign will come down in segments and the project will take about two months while crews from Bellevue, Washington-based Tube Art Group perform the renovation work. The $500,000 project is being funded by Portland'5 Centers for the Arts' capital fund.

Several sign components need maintenance and repair, including some of the sheet metal on the sign that is corroding. The sign’s neon letters also need to be replaced. The paint on the south-facing side of the sign has faded over the years. When the renovation work is finished, the sign will have new aluminum components and a new coating that will be more corrosion and UV resistant which will keep the sign safe from Portland weather for years to come.

"The Portland sign has been a landmark for three decades, and is a fitting tribute to the original sign that hung on the Paramount Theatre before 1984," said Robyn Williams, executive director of Portland'5 Centers for the Arts. "We look forward to unveiling the renovated sign this summer."

The sign that hangs on the building today was installed in 1984 when the Arlene Schnitzer Concert Hall opened. Since then, weathering has taken its toll on the sign. The renovation work will bring the original sign back to life by replacing the corroded outer steel shell with a new, lightweight aluminum shell, replacing all of the wiring and neon tubing, and giving it a fresh coat of paint.

The Arlene Schnitzer Concert Hall’s exterior is listed on the National Register of Historic Places, but the sign that’s in place today is a 1984 replica of the original 1928 model. In 1930, that sign was changed to say “Paramount” after the film studio.

The “new” sign will look exactly like the current one, except that it will have fresh, unfaded paint, new electrical wiring, new lightbulb sockets and new neon letters. The renovation project will duplicate the existing design exactly.

Work on the sign will begin May 2, 2017. It will come down in pieces with the final segments being removed by May 6, 2017. The full renovation is estimated to take 6-8 weeks, and be completed by late June.

How are you going to take the sign down? 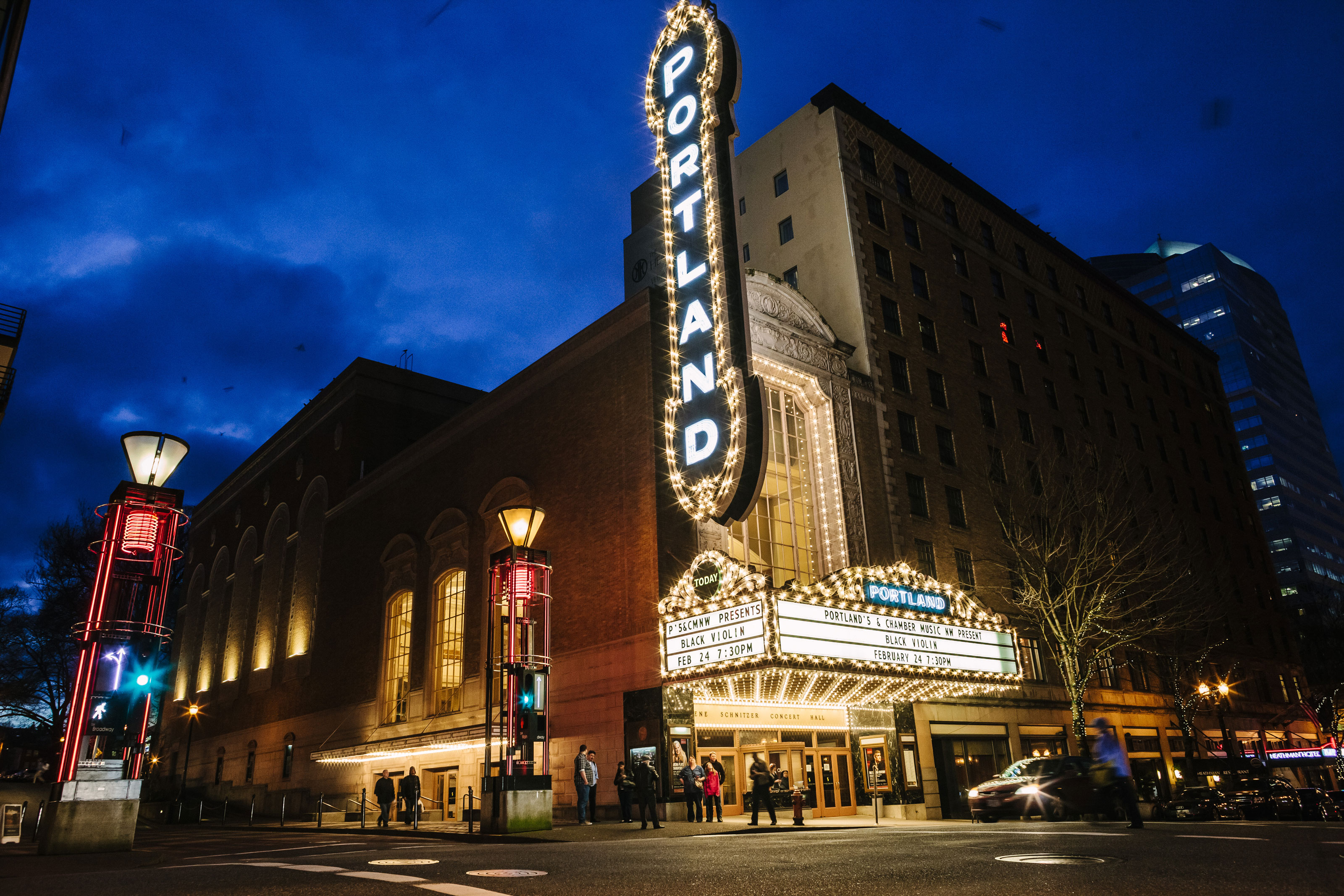