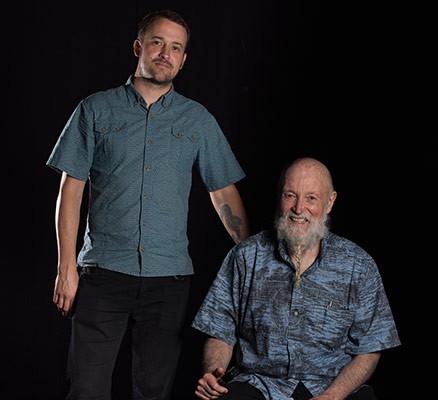 Terry Riley (composer, pianist, vocalist) launched the minimalist movement with his classic IN C, composed in 1964, a seminal work, which was to have an enormous impact on the course of western music. His music has been played in the great concert halls throughout the world and his discography includes 60 recordings on labels such as Columbia Masterworks, Wergo and Nonesuch.

He attended San Francisco State University and the University of California, graduating with a masters degree in music. He studied composition with Robert Erickson and piano with Adolf Baller.

He was professor of composition 1971–1981 at the prestigious Mills College in Oakland California. Besides concertizing, he has given lectures and seminars in the USA, Europe and Australia.

He is a recipient of 2 NEA grants, a Guggenheim fellowship and a Fromm foundation grant for music composition. He holds honorary doctorate degrees from Chapman University and Cal Arts.

In addition to his solo piano concerts, Mr. Riley performs extensively with his son, classical guitarist Gyan Riley and also appears in duo with saxophone virtuoso, George Brooks.  Over his career, he has worked with Zakir Hussein, Chet Baker, Krishna Bhatt, John Zorn, Leonard Slatkin and the Kronos Quartet.