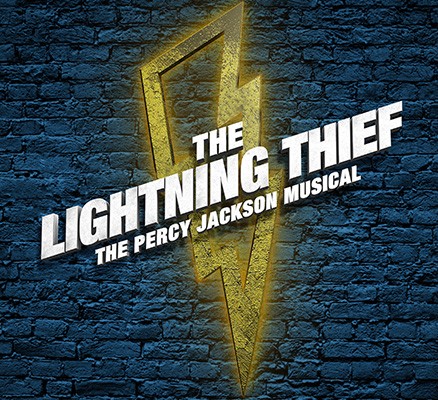 Presented by Portland'5
The Lightning Thief

Tickets available starting at 5:30pm on day of show at the Keller Auditorium Box Office. Advance tickets are also available at the Portland'5 Box Office, TicketsWest outlets or by phone 800.273.1530.
Service charges apply.

"WORTHY OF THE GODS!" - TIME OUT NEW YORK

This "winning adaptation" (The Hollywood Reporter) of the best-selling Disney-Hyperion novel by Rick Riordan, THE LIGHTNING THIEF: THE PERCY JACKSON MUSICAL is "electrifying!" (Newsday). The Greek gods are real, and they're ruining Percy Jackson's life. As a son of Poseidon, Percy has newly discovered powers he can't control, monsters on his trail, and is on an epic quest to find Zeus's lightning bolt to prevent a war between the gods. Nominated for 3 Drama Desk Awards including Best Musical, THE LIGHTNING THIEF is "mesmerizing" and proves "lightning can strike twice!"

Percy Jackson, a teenager with ADHD and dyslexia, has been kicked out schools his entire life for reasons uncontrolled by him. After a series of unexplainable and mythical events, Percy finally discovers he is a demigod accused of stealing Zeus’s lightning bolt. His best friend Grover, a satyr, and new friend Annabeth, daughter of Athena, must embark on a quest to find and return Zeus’s stolen lightning bolt before a war erupts between the gods.

The Lightning Thief: The Percy Jackson Musical is based on the New York Times best selling book series by Rick Riordan. This full length show was originally produced in April 2017 with a sold out Off-Broadway run earning the production three Drama Desk nominations (including Best Musical) and an award for Best Off-Broadway Cast Album (2017 Broadway World).

ENJOY DINNER AT THE SHOW!

The Keller Café will be serving dinner prior to The Lightning Thief. Make your reservations today! Please note: reservations are currently closed for Tuesday, May 7th.

Portland’5 Presents is delighted to announce an on-site ticket lottery for The Lightning Thief: The Percy Jackson Musical. For each performance, we will have 20 lottery tickets available in the pit section for $25.00 each!

Additional Lottery Rules: Limit one entry per person, per performance. Multiple entries will not be accepted. Participants must be 18 years old and have a valid, photo ID that matches the name used to enter. Each selected winner will have the opportunity to purchase up to 2 tickets at the lottery price while supplies last. Tickets are non-transferable. Lottery prices are not valid on prior purchases. Lottery ticket offer cannot be combined with any other offers or promotions. All sales final – no refunds or exchanges. Lottery may be revoked or modified at any time without notice. No purchase necessary to enter or win. A purchase will not improve your chances of winning.

Recommended for ages 8 and up. Everyone must have a ticket. No refunds, no exchanges.

See our special menu for:
The Lightning Thief

Overlooking the dramatic Keller Fountain on the first balcony level of Keller Auditorium, the Keller Café is an elegant place to meet for dinner before your show.
Open 90 minutes prior to all Oregon Ballet Theatre, Portland Opera and Broadway evening performances. The Keller Café does not open for matinees or dress rehearsals. Reservations are required.

*Reservations are closed for May 7th.

The Keller Café is only open for evening performances.