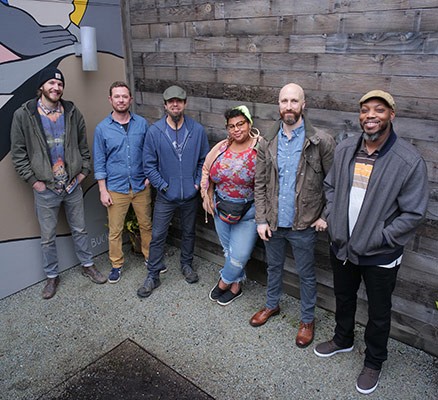 All ages welcome. Seating is available on a first come, first-served basis. Tables are reserved for food and beverage patrons.

About Music on Main

On Wednesday evenings in July and August, Portland’5 takes advantage of the summer weather in Portland to present the Music on Main concert series. The free outdoor concerts are held on Main Street next to Arlene Schnitzer Concert Hall—between Southwest Broadway and Park Avenue in downtown Portland—and feature popular local musicians playing a diverse collection of music.

Music on Main is open to the public and the concerts run from 5pm to 7pm. All ages are welcome. Seating is available on a first come, first-served basis—tickets are not required.

Food and drinks (including alcohol for those 21+ w/ ID) are available on site. Tables are reserved for food and beverage patrons. Table service begins at 4pm.

Thanks to Our Sponsors!