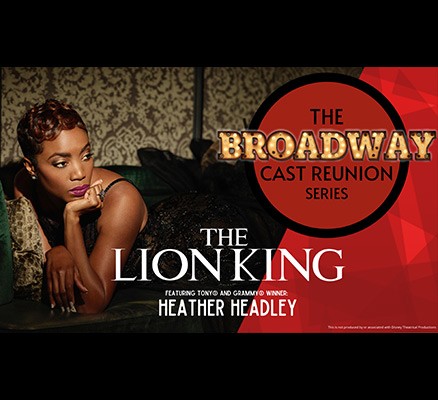 Please note that tickets are sold through a partner, not the Portland'5 Ticket Office.

Meet the original Broadway stars of THE LION KING!

The Broadway Cast Reunion Series gives audiences a chance to do what they may never have done before: visit with the cast and hear personal, hilarious, unscripted stories and gossip – as the casts really let their hair down. Viewers can even ask questions via the chat feature!

*Please note that this event does not include performances.

This is a livestream with on-demand video available after the show. Your purchase includes access to view the video on demand from 12AM PST on March 11th through 11:59PM PST on March 14th.

This is not produced by or associated with Disney Theatrical Productions.

Next up in The Broadway Cast Reunion Series: